Why All Whistleblowers Are Heroes And Should Be Free 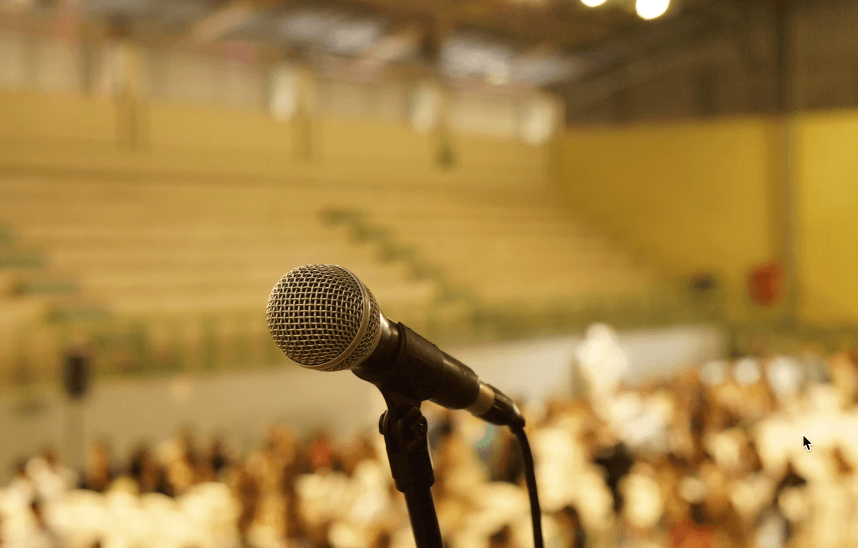 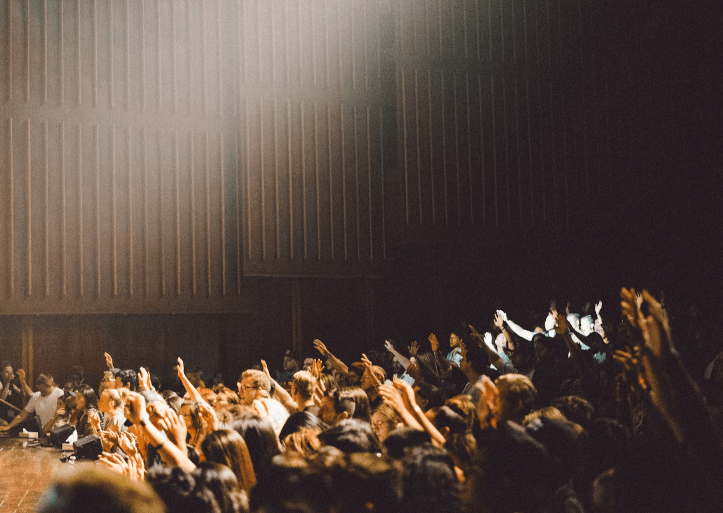 A whistleblower is an individual who brings attention to wrongdoing or corruption within an organisation. They are often employees or insiders who have knowledge of illegal or unethical activities and speak out about them to expose the truth.

Whistleblowers are vital in bringing attention to important issues and holding organisations accountable for their actions. They are often the only source of information about wrongdoing and corruption, and their willingness to speak out can have far-reaching consequences. Without whistleblowers, many instances of misconduct and crime would go unreported and unchecked, leading to a lack of accountability and transparency.

Finally, protecting whistleblowers is a matter of justice and fairness. Whistleblowers often face significant risks and consequences when speaking out, so it is crucial to ensure they can do so without fear of reprisal. In addition, by protecting whistleblowers, we can encourage more individuals to come forward and speak out about important issues, which is essential for creating a more just and equitable society.

There have been countless examples of whistleblowers who have brought attention to important issues and exposed corruption and wrongdoing. For example, Daniel Ellsberg’s release of the Pentagon Papers in 1971 helped reveal the government’s lies about the Vietnam War and sparked a national conversation about the conflict. More recently, Edward Snowden’s leak of classified information about the National Security Agency’s surveillance programs sparked a global debate about privacy and government transparency.

In each of these cases, the actions of the whistleblowers had a profound impact on society. They helped shed light on important issues and sparked meaningful discussions and debates. They also held organisations accountable for their actions and contributed to creating a more transparent and responsible society.

Overall, the role of whistleblowers in exposing corruption and wrongdoing is crucial. They are an essential part of a functioning democracy and deserve our admiration and support. 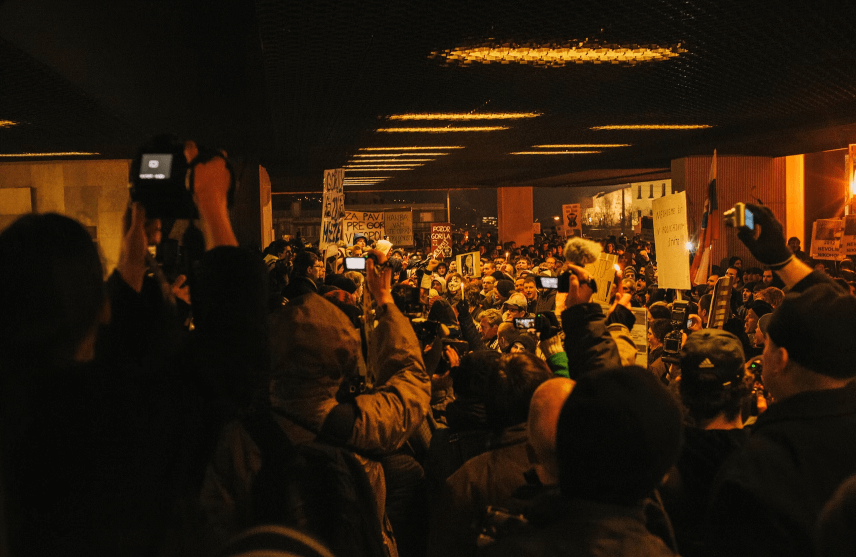 Despite the importance of whistleblowers in exposing corruption and wrongdoing, they often face significant challenges and risks when speaking out.

These challenges can include personal and professional consequences and can profoundly impact the lives of whistleblowers.

One of the most significant challenges whistleblowers face is the risk of reprisal and punishment. When individuals speak out about wrongdoing or corruption, they often face backlash from those exposed. These backlashes can include professional consequences, such as job loss or blacklisting, to physical threats and intimidation.

In addition to the risks of reprisal, whistleblowers also often face social and psychological consequences. For example, they may be ostracised by their colleagues and communities.

Speaking out can also be emotionally and psychologically taxing. Many whistleblowers report feeling overwhelmed and burnt out after the process, and some even struggle with feelings of isolation and anxiety. Overall, the challenges faced by whistleblowers are significant, and they highlight the bravery and sacrifice of these individuals. Despite the risks, whistleblowers continue to speak out and play a vital role in exposing corruption and wrongdoing.

Individuals can play a vital role in supporting and protecting whistleblowers by taking these and other actions. By standing up for these brave individuals and advocating for their rights, we can create a more transparent and accountable society and ensure that individuals can speak out about important issues without fear of reprisal.

It is essential to recognise and honour the contributions of whistleblowers. These individuals play a vital role in promoting transparency and accountability, and they often face significant risks and consequences when they speak out about wrongdoing or corruption. By protecting and supporting whistleblowers, we can create a more transparent and accountable society and help ensure that individuals can speak out about important issues without fear of reprisal.

It is essential to take some steps to create a culture that values and protects those who speak out against wrongdoing. These can include:

Taking these and other actions can create a culture that values and protects those who speak out against wrongdoing without fear of reprisal. These actions are essential for creating a more just and equitable society. Thank you for coming this far. You may also like our blog on Spirituality | The Search For Meaning And It’s Benefits

Epilepsy Safe Mode
Dampens color and removes blinks
This mode enables people with epilepsy to use the website safely by eliminating the risk of seizures that result from flashing or blinking animations and risky color combinations.
Visually Impaired Mode
Improves website's visuals
This mode adjusts the website for the convenience of users with visual impairments such as Degrading Eyesight, Tunnel Vision, Cataract, Glaucoma, and others.
Cognitive Disability Mode
Helps to focus on specific content
This mode provides different assistive options to help users with cognitive impairments such as Dyslexia, Autism, CVA, and others, to focus on the essential elements of the website more easily.
ADHD Friendly Mode
Reduces distractions and improve focus
This mode helps users with ADHD and Neurodevelopmental disorders to read, browse, and focus on the main website elements more easily while significantly reducing distractions.
Blindness Mode
Allows using the site with your screen-reader
This mode configures the website to be compatible with screen-readers such as JAWS, NVDA, VoiceOver, and TalkBack. A screen-reader is software for blind users that is installed on a computer and smartphone, and websites must be compatible with it.

We firmly believe that the internet should be available and accessible to anyone, and are committed to providing a website that is accessible to the widest possible audience, regardless of circumstance and ability. To fulfill this, we aim to adhere as strictly as possible to the World Wide Web Consortium’s (W3C) Web Content Accessibility Guidelines 2.1 (WCAG 2.1) at the AA level. These guidelines explain how to make web content accessible to people with a wide array of disabilities. Complying with those guidelines helps us ensure that the website is accessible to all people: blind people, people with motor impairments, visual impairment, cognitive disabilities, and more. This website utilizes various technologies that are meant to make it as accessible as possible at all times. We utilize an accessibility interface that allows persons with specific disabilities to adjust the website’s UI (user interface) and design it to their personal needs. Additionally, the website utilizes an AI-based application that runs in the background and optimizes its accessibility level constantly. This application remediates the website’s HTML, adapts Its functionality and behavior for screen-readers used by the blind users, and for keyboard functions used by individuals with motor impairments. If you’ve found a malfunction or have ideas for improvement, we’ll be happy to hear from you. You can reach out to the website’s operators by using the following email [email protected]

Our website implements the ARIA attributes (Accessible Rich Internet Applications) technique, alongside various different behavioral changes, to ensure blind users visiting with screen-readers are able to read, comprehend, and enjoy the website’s functions. As soon as a user with a screen-reader enters your site, they immediately receive a prompt to enter the Screen-Reader Profile so they can browse and operate your site effectively. Here’s how our website covers some of the most important screen-reader requirements, alongside console screenshots of code examples:

We aim to support the widest array of browsers and assistive technologies as possible, so our users can choose the best fitting tools for them, with as few limitations as possible. Therefore, we have worked very hard to be able to support all major systems that comprise over 95% of the user market share including Google Chrome, Mozilla Firefox, Apple Safari, Opera and Microsoft Edge, JAWS and NVDA (screen readers), both for Windows and for MAC users.

Despite our very best efforts to allow anybody to adjust the website to their needs, there may still be pages or sections that are not fully accessible, are in the process of becoming accessible, or are lacking an adequate technological solution to make them accessible. Still, we are continually improving our accessibility, adding, updating and improving its options and features, and developing and adopting new technologies. All this is meant to reach the optimal level of accessibility, following technological advancements. For any assistance, please reach out to [email protected]
Cookies
To make this site work properly, we sometimes place small data files called cookies on your device. Most big websites do this too.
Accept
Change Settings
Cookie Box Settings
Cookie Box Settings

You can change these settings at any time. However, this can result in some functions no longer being available. For information on deleting the cookies, please consult your browser’s help function.

With the slider, you can enable or disable different types of cookies: