The Fall Of Real Journalism In Mainstream Media Is Sad 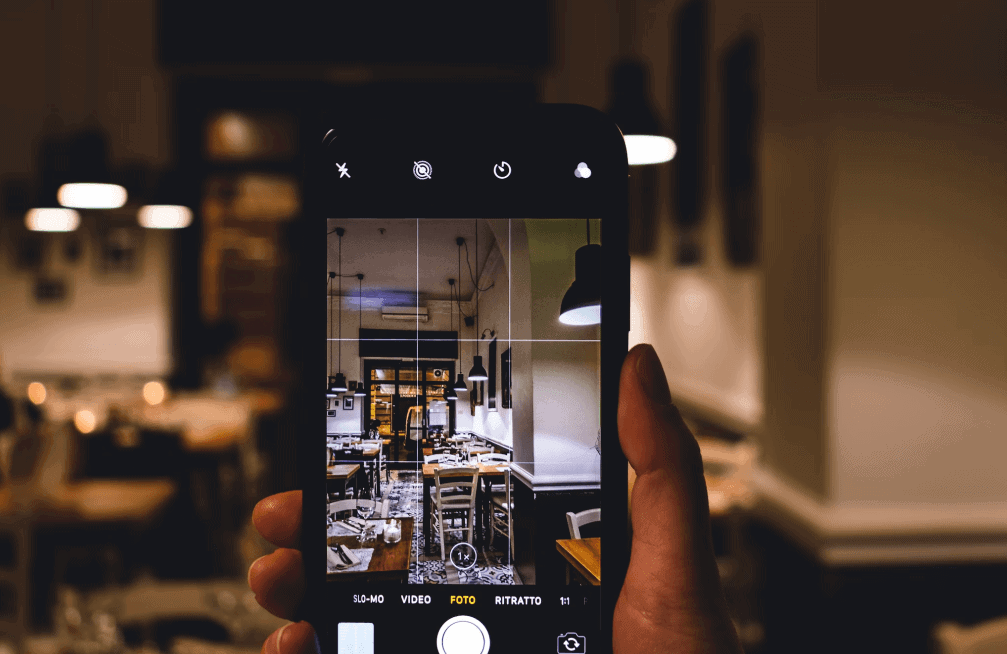 Real journalism refers to the practice of gathering, verifying, and reporting news and information in an accurate and unbiased manner. It is essential to a healthy democracy, providing citizens with the data they need to make informed decisions while holding those in power accountable.

Unfortunately, in the last few years, the concept of real journalism has come under threat. The rise of fake news and propaganda has made it more difficult for people to discern what is truth and what is not; it has led to a deep decline in trust in the media and a decrease in the overall quality of journalism. Despite these challenges, it is crucial to recognise that the truth still matters. Accurate and reliable journalism is essential to keep the public informed and hold those in power accountable. Without it, we risk being misinformed and manipulated, and we may lose sight of the issues that are most important to us.

Fake news refers to false or misleading data or information that is presented as if it were real news. It can take many forms, such as fabricated stories, conspiracy theories, or biased reporting. Fake news can be spread through social media, online platforms, mainstream media and alternative media and it can be hard to distinguish it from real news. Conversely, propaganda uses biased or misleading information to promote a particular political agenda. It can be spread easily through various media, such as television, radio, or print, and governments or other influential organisations often use it to influence public opinion and shape public policy.

The rise of fake news and propaganda has significantly affected our society and democracy. It can erode trust in the mainstream media and make it more difficult for people to make informed decisions. It can also sow confusion and division, as people may believe and spread false or misleading information. Furthermore, fake news and propaganda can be used to manipulate public opinion and shape political outcomes. These manipulations can undermine the integrity of democratic processes and erode the principles of free and fair elections. In extreme cases, it can even contribute to the breakdown of social and political order.

There are several reasons for the unfortunate decline in trust in mainstream media.

The truth is of central importance in journalism. Adverse consequences are sure to follow when the media fails to report the fact or when they are biased or misleading. It can erode trust in the media and make it more difficult for people to make informed decisions. It can also contribute to social and political divisions, as people may believe and spread false or misleading information.

Furthermore, a lack of accurate and reliable journalism can have serious consequences for democracy. It can sabotage the integrity of the political proceedings and make it more difficult for people to hold those in power accountable. It can also make it harder for people to have informed debates and discussions about important issues. Overall, the truth is crucial to the integrity and effectiveness of journalism, and it is essential for a healthy and functioning democracy.

The rise of alternative media and journalism

A variety of factors, including the increasing distrust of traditional media and the proliferation of new digital technologies, have driven the rise of alternative media. Alternative media includes a wide range of sources, such as independent news websites, blogs, podcasts, and social media platforms. These sources often focus on niche topics or provide a different perspective than what is typically found in mainstream media.

The appeal of alternative media is that it is often seen as more authentic, diverse, and independent than traditional media. It can give a voice to underrepresented communities and provide a platform for alternative viewpoints that mainstream media may ignore. Additionally, alternative media sources often have a more engaged and interactive audience, which can foster a sense of community and belonging.

Another critical aspect of the appeal of alternative media is that it can be more accessible for people in terms of cost and format. Many alternative media sources are free to access. Furthermore, they are available in various forms, such as podcasts, videos, and social media posts, which can make them more appealing to a broader audience.

Additionally, as alternative media is often digital, it can be acquired from anywhere, at any time, which can be especially appealing for those who cannot access traditional forms of media or are looking for news and information on the go.

The rise of alternative media has also brought more diversity of voices and opinions to the public sphere, which can lead to more informed and nuanced discussions and debates. This diversity can be a powerful tool for democracy as it allows more people to be informed, participate and engage in public discourse.

There is a need for a renewed commitment to real journalism in today’s world. With the escalation of fake news and propaganda, the decline in trust in the mainstream media, and the pressure on journalists to produce content quickly and cheaply, supporting and valuing accurate and reliable journalism is more important than ever.

Support media outlets and journalists committed to upholding the highest standards of journalism, which means being critical consumers of media and seeking out accurate and reliable sources of information. It also means supporting these media outlets or journalists, whether mainstream or alternative media, through donations or subscriptions if you enjoy the content. In a civilised society, it is important to be able to hear more than one perspective on a topic and appreciate the emergence of alternative media championing the good fight.

Furthermore, it would help if you support policies and initiatives that promote media literacy and that help to ensure that journalism can thrive in the digital age. Ultimately, the health and vitality of democracy depend on the availability of accurate and reliable information, and this is what real journalism means. By supporting and valuing objective journalism, we can create a more informed and engaged citizenry, and we can ensure that those in power are held accountable for their actions. Thank you for coming this far. You may also like our blog on Coinbase Know Your Customer (KYC) Verification Process Has A Major Problem

Epilepsy Safe Mode
Dampens color and removes blinks
This mode enables people with epilepsy to use the website safely by eliminating the risk of seizures that result from flashing or blinking animations and risky color combinations.
Visually Impaired Mode
Improves website's visuals
This mode adjusts the website for the convenience of users with visual impairments such as Degrading Eyesight, Tunnel Vision, Cataract, Glaucoma, and others.
Cognitive Disability Mode
Helps to focus on specific content
This mode provides different assistive options to help users with cognitive impairments such as Dyslexia, Autism, CVA, and others, to focus on the essential elements of the website more easily.
ADHD Friendly Mode
Reduces distractions and improve focus
This mode helps users with ADHD and Neurodevelopmental disorders to read, browse, and focus on the main website elements more easily while significantly reducing distractions.
Blindness Mode
Allows using the site with your screen-reader
This mode configures the website to be compatible with screen-readers such as JAWS, NVDA, VoiceOver, and TalkBack. A screen-reader is software for blind users that is installed on a computer and smartphone, and websites must be compatible with it.

We firmly believe that the internet should be available and accessible to anyone, and are committed to providing a website that is accessible to the widest possible audience, regardless of circumstance and ability. To fulfill this, we aim to adhere as strictly as possible to the World Wide Web Consortium’s (W3C) Web Content Accessibility Guidelines 2.1 (WCAG 2.1) at the AA level. These guidelines explain how to make web content accessible to people with a wide array of disabilities. Complying with those guidelines helps us ensure that the website is accessible to all people: blind people, people with motor impairments, visual impairment, cognitive disabilities, and more. This website utilizes various technologies that are meant to make it as accessible as possible at all times. We utilize an accessibility interface that allows persons with specific disabilities to adjust the website’s UI (user interface) and design it to their personal needs. Additionally, the website utilizes an AI-based application that runs in the background and optimizes its accessibility level constantly. This application remediates the website’s HTML, adapts Its functionality and behavior for screen-readers used by the blind users, and for keyboard functions used by individuals with motor impairments. If you’ve found a malfunction or have ideas for improvement, we’ll be happy to hear from you. You can reach out to the website’s operators by using the following email [email protected]

Our website implements the ARIA attributes (Accessible Rich Internet Applications) technique, alongside various different behavioral changes, to ensure blind users visiting with screen-readers are able to read, comprehend, and enjoy the website’s functions. As soon as a user with a screen-reader enters your site, they immediately receive a prompt to enter the Screen-Reader Profile so they can browse and operate your site effectively. Here’s how our website covers some of the most important screen-reader requirements, alongside console screenshots of code examples:

We aim to support the widest array of browsers and assistive technologies as possible, so our users can choose the best fitting tools for them, with as few limitations as possible. Therefore, we have worked very hard to be able to support all major systems that comprise over 95% of the user market share including Google Chrome, Mozilla Firefox, Apple Safari, Opera and Microsoft Edge, JAWS and NVDA (screen readers), both for Windows and for MAC users.

Despite our very best efforts to allow anybody to adjust the website to their needs, there may still be pages or sections that are not fully accessible, are in the process of becoming accessible, or are lacking an adequate technological solution to make them accessible. Still, we are continually improving our accessibility, adding, updating and improving its options and features, and developing and adopting new technologies. All this is meant to reach the optimal level of accessibility, following technological advancements. For any assistance, please reach out to [email protected]
Cookies
To make this site work properly, we sometimes place small data files called cookies on your device. Most big websites do this too.
Accept
Change Settings
Cookie Box Settings
Cookie Box Settings

You can change these settings at any time. However, this can result in some functions no longer being available. For information on deleting the cookies, please consult your browser’s help function.

With the slider, you can enable or disable different types of cookies: